According to Jim Wyatt of the team’s official site, the Titans are re-signing P Trevor Daniel to the practice squad. 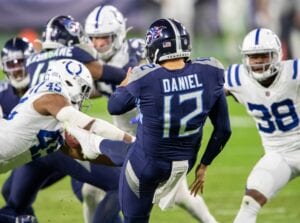 Daniel, 25, wound up going undrafted out of Tennesee back in 2018. He later signed a three-year, $1.71 million contract with the Texans, but was waived a year later.

The Broncos signed him to a futures contract late last year before waiving him following the 2020 draft. The Titans added him to their practice squad at the start of the season and he’s bounced on and off the active roster.