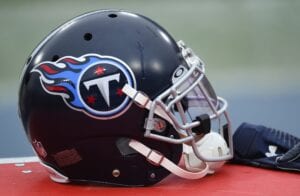 Brown, 23, wound up going undrafted out of Michigan State back in 2021. He later signed a rookie contract with the Steelers, but was waived at the start of the regular season.

After a brief stint with the Chiefs, Brown signed on to the Lions’ practice squad and was on and off of the unit last year.