According to Tom Pelissero, Vikings second-round CB Andrew Booth will miss the remainder of his rookie season after having knee surgery on Monday. 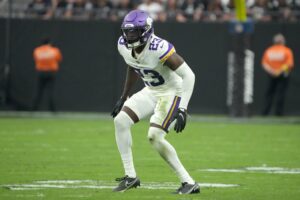 Booth’s rookie year has been dogged by injuries so the hope is he’s healthy and ready to roll in 2023.

Booth, 22, was named second-team All-ACC by the AP as a sophomore and made the first team as a junior at Clemson. The Vikings used the No. 42 overall pick on him in the 2022 NFL Draft.

In 2022, Booth appeared in six games for the Vikings and recorded 12 total tackles.