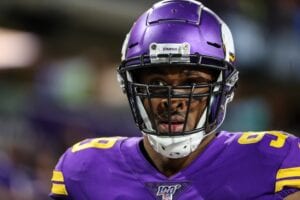 This move was expected after it was confirmed that Hunter will miss the rest of the season with a torn pectoral.