Nicki Jhabvala reports that the Washington Football Team has requested to interview 49ers VP of player personnel Martin Mayhew for their GM job. 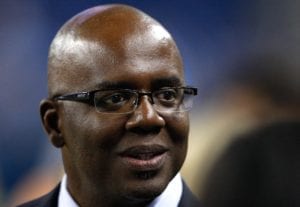 Here’s the updated list of candidates linked to Washington in recent weeks:

Mayhew, 55, was promoted to interim general manager of after the Lions fired Matt Millen back in 2008. He was eventually hired on a full-time basis and spent eight years with Detroit.

The Lions elected to fire Mayhew after the 2015 season and hired Bob Quinn as his replacement.

Mayhew took a position with the Giants as their director of football operations/special projects for the 2016 season and joined the 49ers in 2017 as a senior personnel executive. He was promoted to vice president of player personnel in 2019.

Washington Finalizing Deal With Marty Hurney As Next GM