The Washington Football Team officially waived DB Jimmy Moreland from injured reserve with an injury settlement on Monday, according to Aaron Wilson. 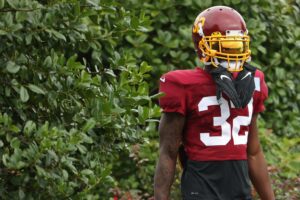 In 2020, Moreland appeared in all 16 games for Washington and recorded 43 tackles, one interception, a forced fumble and a pass defense.