According to Jason La Canfora, the NFL doesn’t plan to push for an 18-game season for a few years. However, that remains a long-term goal of the league. 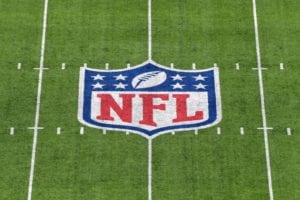 This season will be the first with 17 games as a part of the new CBA. La Canfora notes the NFL will gather health and safety data for the next few seasons to monitor the change.

The NFL needs the NFLPA to agree to further schedule expansion and the current CBA runs for 10 years. However, La Canfora points out that there are opt-outs for the NFL in its broadcast deals that it just signed this summer after seven years.

Sources in ownership circles tell La Canfora that’s the timeframe to watch for the NFL to renew its push for an 18-game season.

“You won’t hear anything for the next three to five years. The PA is opposed to it, and there’s no need to push right now. But down the road, sure,” one said.

The 18th game would come at the expense of a preseason game, shortening the preseason to two games. Joint practices have seen a renewed popularity with teams, which would help make up for a limited preseason.

An expanded season has been a non-starter for players in the past but La Canfora points out the league was able to push through a 17th game, making an 18th game at some point in the future even more attainable.

We’ll have more on an expanded schedule as the news is available.