According to Cam Inman, the 49ers activated CB Ambry Thomas off of the COVID-19 list on Friday and waived TE Tanner Hudson in a corresponding move. 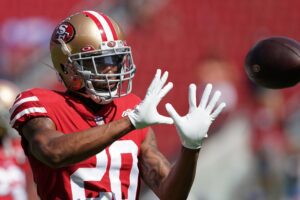 In 2021, Thomas appeared in 11 games, starting in four of them, recording 23 tackles to go with four pass deflections.