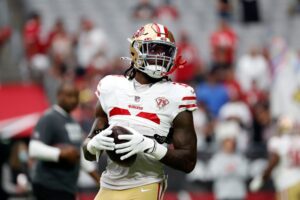 Sermon, 22, transferred to Ohio State from Oklahoma in 2020 and set the Buckeyes single-game rushing record with 331 yards. The 49ers took Sermon with pick No. 88 overall.