According to Field Yates, the 49ers hosted seven running backs after placing RB Elijah Mitchell on injured reserve. Adam Schefter reports that the team is signing RB Marlon Mack to their practice squad. 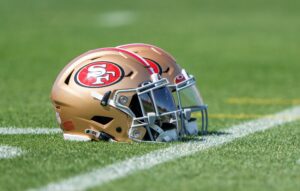 The following is the full list of backs visiting with the team:

Mack was set to test the market as an unrestricted free agent last offseason when he returned to Indianapolis on a one-year, $2 million deal. He later caught on with the Texans during the 2022 offseason.

In 2021, Mack appeared in six games for the Colts and rushed 28 times for 101 yards (3.6 YPC), adding two receptions on five targets for eight yards.

Freeman, 30, is a former fourth-round pick of the Falcons back in 2014. He was in the final year of his four-year, $2.7 million contract when he and the Falcons agreed to a five-year, $41.25 million extension that included $22 million guaranteed.

Freeman was set to make base salaries of $6.5 million and $6.3 million over the next two years of the agreement when the Falcons released him. The Giants later signed him to a one-year deal worth up to $3 million only to release him.

Coleman, 29, is a former third-round pick of the Falcons back in 2015. He played out the final year of his four-year, $3.219 million contract before agreeing to a two-year, $10 million contract with the 49ers.

From there, the Jets signed Coleman to a one-year deal worth $1.1 million in 2020 and brought him back on another one-year contract this past March.