The San Francisco 49ers worked out four defensive backs on Wednesday including Jovante Moffatt, according to Aaron Wilson. 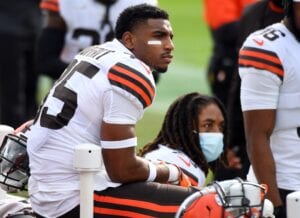 Of this group, the 49ers signed Vincent to their practice squad.

Moffatt bounced back and forth between the Browns practice squad and active roster, appearing in 14 games for the team over the past two seasons. The Jets signed Moffatt to a futures contract in January before waiving him. He was quickly claimed by the Browns but was among their final roster cuts.