Tom Pelissero of NFL Media reports that Packers QB Aaron Rodgers is back in the building on Saturday and is set to be activated from the COVID-19 list on Saturday and start against the Seahawks tomorrow. 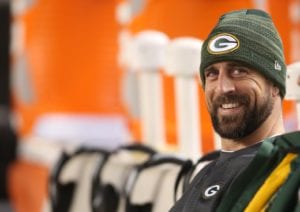 Adam Schefter mentions that Rodgers has remained asymptomatic from COVID-19 and has met the NFL/NFLPA return-to-play protocols.

Rodgers was forced to miss the game against the Chiefs last week after testing positive and being unvaccinated. However, indications were that he was likely to be ready to return in Week 10.

Green Bay had Jordan Love preparing for another start just in case something happened where Rodgers wasn’t ready.

In 2021, Rodgers has appeared in eight games and completed 67.1 percent of his passes for 1,894 yards, 17 touchdowns and three interceptions. He has also rushed for 47 yards and two touchdowns.