Dolphins’ DT Raekwon Davis is drawing praise from HC Brian Flores ahead of the 2021 season and has been working out with former Patriots’ DT Vince Wilfork. 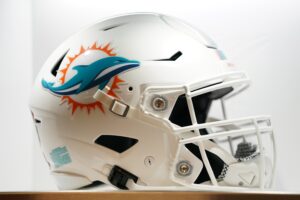 “I think Raekwon (Davis) – his spring, his summer – it’s been good. This is another young guy, a young player who has become – we’ve talked a lot about Tua and his growth – I think Raekwon has grown a lot as well. Much more comfortable with his surroundings, with his settings, again with his routine, with how he takes care of his body, the things he eats, how much he sleeps,” said Flores, via DolphinsWire.com. “I think that’s something that (Director of Player Engagement) Kaleb Thornhill and our player engagement group has done a nice job of helping these guys with their routines and helping them learn how to be professionals. I think that’s something that young players need. They need some guidance on that. I think as an organization we try to help them with that as coaches, as Kaleb and his staff, as a training staff, as a strength and conditioning staff. I think those different groups are kind of coaching these young guys in that area about what are the best things for you to be the best version of yourself on and off the field, and I think our staff has done a nice job of that. But we can talk all we want. The players have to take the information and apply it. I think Raekwon has done a nice job of that and I think he’s making improvement and we need to continue to make more improvement.”

Patriots’ rookie RB Rhamondre Stevenson has an even better chance to make the 53-man roster after the team traded RB Sony Michel to the Rams, yet says he isn’t going to change his approach as the season draws near.

“Honestly I try not to even get into the business side of that or anything,” Stevenson said, via WEEI.com. “I’m here. If he was here, I would still be working as hard as I would work after whatever happened and whatnot. So I don’t think that really changes anything for me. I just know that I’ve got to work hard — and I wouldn’t even say harder or anything like that. You gotta work hard and just stay focused on the task at hand.”