According to Aaron Wilson, the Bears are cutting rookie WR Savon Scarver following their minicamp. Scarver signed with the team as a UDFA out of Utah State and was also a return specialist. 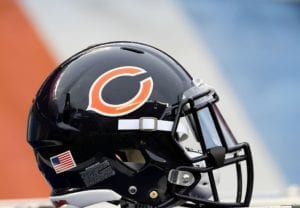 Scarver was a three-star recruit from Las Vegas, Nevada who committed to Utah State. He was a First-team All-MWC twice, as well as a consensus All-American and Jet award winner (top return specialist) in 2018.

We will have more news on Scarver as it becomes available.