Adam Schefter of ESPN reports that Bears QB Andy Dalton could miss time beyond Week 3, as he works his way back from a bone bruise he suffered in last week’s game. 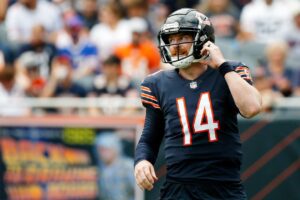 Schefter says Dalton sustained the injury when his femur and tibia collided. The good news is that he did not suffer damage to any cartilage nor ligaments and does not need any surgery, but his return will ultimately be determined by how quickly the bone bruise heals.

With this in mind, Schefter says Dalton could miss an additional week or two depending on how quickly he recovers.

Chicago will start rookie QB Justin Fields against the Browns today and he will serve as their start for as long as Dalton is out of the lineup. It’s worth mentioning that the Bears did not place Dalton on injured reserve, which implies they do not expect him to miss three games, but it remains to be seen if that will be the case. 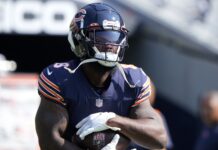