Adam Schefter reports that the Bears are re-signing S Deon Bush to a one-year contract on Wednesday. 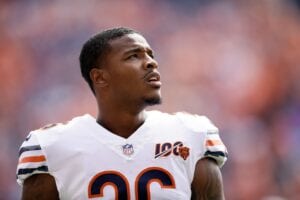 Chicago brought Bush back on a one-year contract worth $4 million last year.

In 2020, Bush appeared in 11 games for the Bears and recorded five tackles and an interception.