According to Adam Schefter, the Bears have released veteran CB Desmond Trufant. 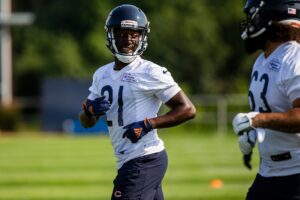 Schefter says Trufant had left the team on August 13 to go be with his father, who passed two days later. He did not return to the team.