According to Aaron Wilson, the Bears brought in five special teams players for workouts on Friday including K Josh Lambo. 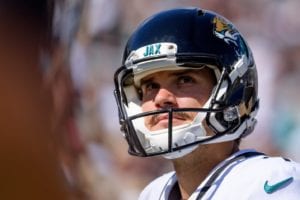 Jacksonville released Lambo and he later had a brief stint on the Steelers’ practice squad.