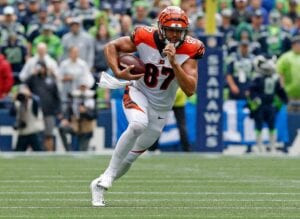 This shouldn’t come as a big surprise after the team confirmed that Uzomah suffered a season-ending injury during Thursday’s game against the Browns.

Uzomah, 27, is a former fifth-round pick of the Bengals back in the 2015 draft out of Auburn. He played out the final year of his a four-year rookie contract before agreeing to a three-year, $18 million deal with the Bengals in 2019.

In 2020, Uzomah appeared in two games and caught eight passes for 87 yards receiving and one touchdown.