The Bengals announced on Tuesday they have re-signed S Trayvon Henderson to the practice squad, per Ben Baby. 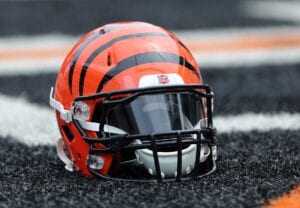 Henderson, 25, wound up going undrafted out of Hawaii back in 2018. He later signed a three-year, $1.71 million contract with the Bengals.

Cincinnati waived Henderson coming out of the preseason before later signing him to their practice squad. Since then, he’s been on and off of their active roster.

In 2020, Henderson has been active for four games, but did not record a tackle.