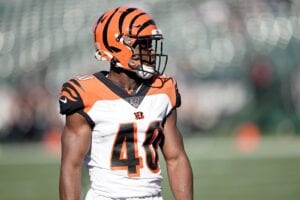 Wilson, 27, was drafted in the sixth-round in 2017 out of Houston by the Bengals. The Bengals waived him as they trimmed their roster down to the 53-man limit and later re-signed him to their practice squad once he cleared waivers.

The Bengals brought Wilson back on an exclusive rights contract before tendering him an offer in April of 2020 as a restricted free agent. From there, Wilson agreed to a two-year extension with the Bengals this past March.

In 2021, Wilson appeared in nine games for the Bengals and recorded five tackles and no interceptions.