Damond Talbot of NFL Draft Diamonds reports that the Bengals are re-signing WR Mike Thomas to a one-year contract. 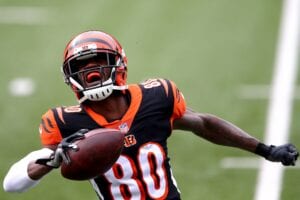 Thomas, 26, is a former sixth-round pick of the Rams back in 2016. He finished his four-year rookie contract and was testing the open market for the first time in his career when he agreed to a one-year contract with the Bengals last year.

In 2020, Thomas appeared in 14 games for the Bengals and caught 13 passes for 132 yards receiving and one touchdown.