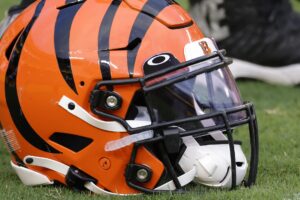 Bachie, 23, signed with the Saints as an undrafted free agent out of Michigan State following the 2020 NFL Draft. He was waived by the team coming out of camp but returned to the practice squad.

Bachie was waived by the Eagles back in May and later claimed off of waivers by the Bengals. He was added to their practice squad at the start of the regular season.