According to Tom Pelissero, the Bengals are signing DE Noah Spence to the roster. 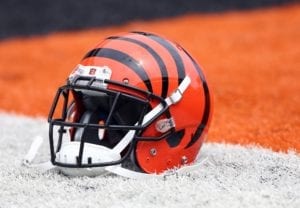 Spence gives them a little bit of extra depth at defensive end after losing third-round DE Joseph Ossai to a knee injury.

Spence, 27, is a former second-round pick of the Buccaneers back in 2016. He was entering the final year of his four-year, $6.03 million contract and when the Buccaneers waived him coming out of the preseason.

Spence later caught on with Washington and eventually joined the Saints towards the end of the 2019 season. He returned to New Orleans brought last year, but was placed on the reserve/non-football injury list last May with a torn ACL.

The Saints re-signed Spence this past March but cut him loose last week.

In 2019, Spence appeared in seven games for Washington and recorded three tackles and one sack.