Dianna Russini reports that former Texans DE J.J. Watt has received several offers from interested teams, and the highest comes in at between $15 and $16 million per year. 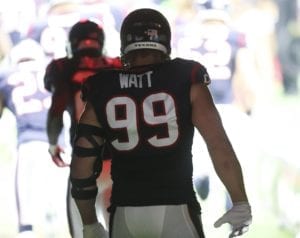 Watt was slated to make a base salary of $17.5 million in 2020 before being released by the Texans, so it looks like he’s got a good chance of still earning most of that figure.

The Bills, Titans and Packers are apparently the leading contenders to land Watt, although the Browns are still in the mix as well.

An offer this size obviously is more likely to come from a more financially-flexible team such as the Browns as opposed to the Packers. Going to a contender to try and win a Super Bowl is one of Watt’s top priorities, but money will still be a factor.