The Buffalo Bills announced a series of roster moves ahead of their Week 14 game. 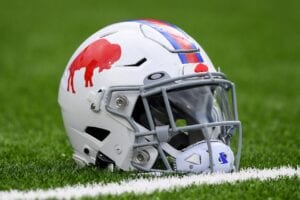 Feliciano, 29, is a former fourth-round pick by the Raiders in the 2015 NFL Draft out of Miami. He finished out the final year of his four-year rookie contract.

Feliciano eventually earned a starting role for the Raiders in 2018 before departing for a two-year contract with the Bills in 2019.

In 2021, Feliciano has appeared in all six games for the Bills, making six starts at right guard.