The Buffalo Bills announced Friday that they’ve promoted RB Antonio Williams and CB Dane Jackson to their active roster for their playoff game against the Ravens. 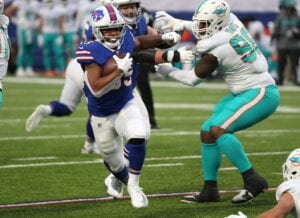 Williams, 23, signed with the Bills as an undrafted free agent out of North Carolina. He agreed to a three-year, $2.28 million contract with Buffalo, but was waived coming out of training camp.

Since then, Williams has been on and off of the Bills’ practice squad.

In 2020, Williams has appeared in one game for the Bills and rushed for 63 yards on 12 carries (5.3 YPC) and caught one pass for 20 yards to go along with two touchdowns.