The Buffalo Bills brought in free agent linebackers Darron Lee and Michael Pinckney for tryouts on Monday, according to Mike Jones. 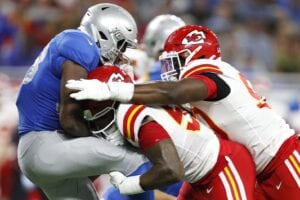