Mike Klis of 9 News reports that the Broncos have claimed CB De’Vante Bausby off of waivers from the Cardinals on Tuesday. 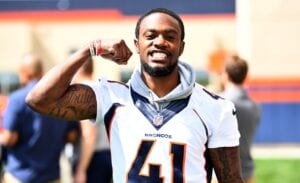 Denver released Bausby last week and he signed on with the Cardinals soon after.

In 2020, Bausby has appeared in five games for the Broncos and Cardinals and recorded six games, no interceptions and three passes defended.