The Denver Broncos officially claimed CB Mike Ford off of waivers from the Lions and RB Nate McCrary from the Ravens, per Tom Pelissero. 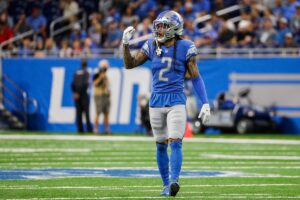 Ford, 26, originally signed on with the Lions as an undrafted free agent out of Southeast Missouri State back in 2018.

He’s bounced on and off their practice squad over the last two years but was among their final roster cuts this week.

In 2020, Ford appeared in nine games and recorded 10 tackles, one tackle for loss, no interceptions and one pass defense.