Mike Kaye of NJ.com reports that the Broncos claimed S Will Parks off of waivers from the Eagles on Wednesday. 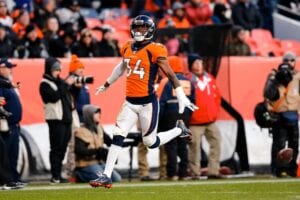 Kaye says the 49ers and Vikings are among six teams that placed waiver claims for Parks on Wednesday, but the Broncos had the highest priority.

Parks, 26, is a former sixth-round pick by the Broncos in the 2016 NFL Draft. He finished his four-year rookie contract before signing a one-year deal with the Eagles this past March.

Parks is in line to be an unrestricted free agent again in 2021.

In 2020, Parks has appeared in six games for the Eagles and recorded 13 tackles and no interceptions.