Per Mike Klis, the Broncos have designated CB A.J. Bouye to return from injured reserve. 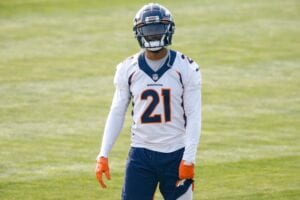 The team has a 21-day window for Bouye to practice with the team before needing to make a decision on adding him to the active roster.

In 2019, Bouye appeared in 14 games for the Jaguars and recorded 65 tackles, one interception and eight passes defended. Pro Football Focus had him rated as the No. 75 receiver out of 113 qualifying players.