Mike Klis reports that the Denver Broncos are promoting OL Austin Schlottmann and RB Damarea Crockett to the active roster for Week 2. 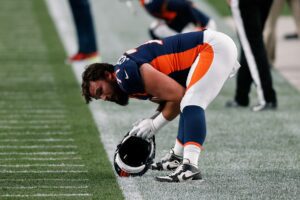 Schlottmann, 25, was picked up by the Broncos after going undrafted out of TCU back in 2018.

After spending all of 2018 on the practice squad, he made the active roster in 2019 and played in all 16 games for the Broncos.

In 2020, Schlottmann appeared in 16 games for the Broncos, making four starts at right guard.