Broncos GM George Paton told reporters on Thursday that they have had conversations with other teams about potentially trading down from No. 9 overall in the 2021 NFL Draft. However, Paton said that they haven’t made any calls to teams about trading up in round one. 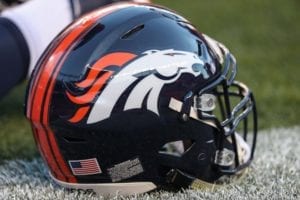 Paton added that if they could wind up with an “impact player” if they stay at No. 9 overall.

“If we stand pat we think we’ll get an impact player at No. 9,” said Paton, via Klis.

Regarding the quarterback position, Paton explained that they do like Drew Lock, but they aren’t going to “force” a move to add a quarterback in the draft.

“I understand it. We do like Drew Lock. What we don’t want to do is force it. We don’t want to … overpay a guy to bring in and he’s maybe not as good as the guy we have. … We still have time. There’s a trade market, the draft. We’re going to be patient, not force it but we do realize we want competition and I’ve said that since I’ve gotten here and that hasn’t changed,” Paton said, per Klis.

The Broncos are a team to watch to draft one of the top-five quarterback prospects, but it sounds like it would require one of them to fall to Denver.

Paton said they have a “goal” to add competition for Lock, but insisted that they are “really high” on their current quarterback.

“We intend to bring in competition. That’s the goal. … We are really high on Drew,” said Paton, via Troy Renck.

Ohio State’s Justin Fields and North Dakota State’s Trey Lance are two players that have been connected to the Broncos.

We’ll provide more information regarding the Broncos as the news becomes available.