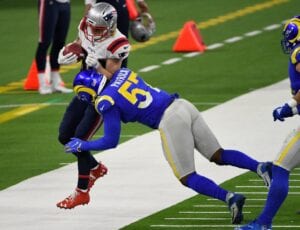 Patrick signed to the Rams’ practice squad shortly after. He was once again waived in February and later claimed by the Broncos. ]