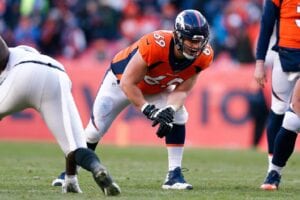 Bolles will have an opportunity to test out of the protocol before Sunday’s game against the Chargers.

In 2021, Bolles has appeared in eight games for the Broncos and made eight starts at left tackle. Pro Football Focus has him rated as the No. 31 tackle out of 80 qualifying players.