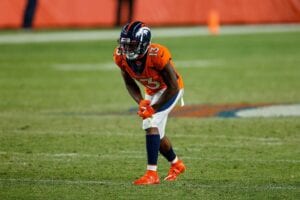 According to Klis, Hamler will miss the season finale due to a concussion he’s dealing with.

In 2020, Hamler has appeared in 13 games for the Broncos and caught 30 passes for 381 yards receiving and three touchdowns. He also rushed for 40 yards on three carries.