Field Yates reports that the Broncos are signing former Packers OL Ben Braden to a contract on Monday. 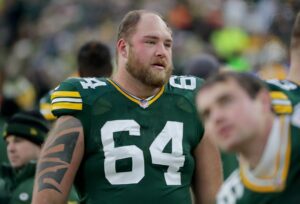 Braden has obvious ties to new HC Nathaniel Hackett from their time together in Green Bay.

Braden, 28, wound up signing on with the Jets as an undrafted free agent out of Michigan back in May of 2017. He was waived coming out of the preseason and later signed to their practice squad.

The Jets brought Braden back on a futures contract in 2018. He was on and off of the Jets’ roster over the next year before eventually signing on to the Packers’ taxi squad. He had another stint with the Jets and spent time with the Patriots in 2020 before returning to the Packers.

For his career, Braden has appeared in 16 games for the Jets and Packers.