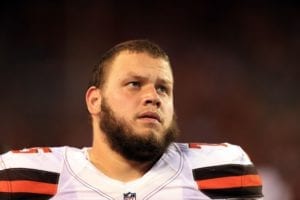 Bitonio is set to make base salaries of $8 million and $8.5 million over the next two years of the agreement.

In 2020, Bitonio has started all 16 games for the Browns at guard. Pro Football Focus has him rated as the No. 6 guard out of 84 qualifying players.