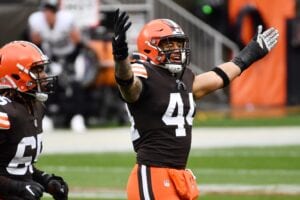 In 2020, Takitaki has appeared in 10 games for the Browns and recorded 43 tackles, an interception, a defensive touchdown, and a pass defense.