According to Mike Jones, the Browns have had ongoing extension talks with G Joel Bitonio about an extension. 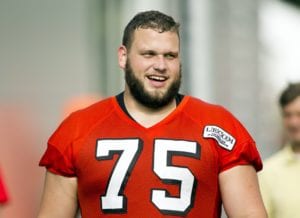 Jones and Kimberley Martin both believe a new deal could be done in very short order.

The Browns just signed G Wyatt Teller to a new big-money deal on Tuesday. Bitonio is currently under contract through the 2022 season on a deal with less average per year than Teller.

Bitonio is set to make base salaries of $8 million and $8.5 million over the final two years of the agreement.

In 2021, Bitonio has started all nine games for the Browns at left guard. Pro Football Focus has him rated as the No. 3 guard out of 76 qualifying players.