The Tampa Bay Buccaneers have activated K Ryan Succop, P Bradley Pinion, and LS Zach Triner from the COVID-19 list on Friday, according to Rick Stroud. 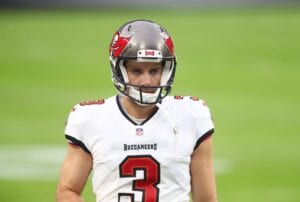 This obviously great news for the Buccaneers, as it ensures that their special teams unit remains intact and they won’t have to sign anyone off the street.

Succop, 34, is a former seventh-round pick of the Chiefs back in 2009. He played five seasons in Kansas City before joining the Titans for the 2014 season.

Succop finished out his contract before agreeing to a five-year, $20 million contract with the Titans that includes $7.25 million guaranteed last year. He was placed on injured reserve coming out of the preseason and designated as a player to return halfway through the year.

Tennessee opted to release Succop this past March and he later signed on with the Buccaneers.