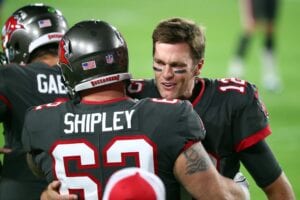 Buccaneers’ HC Bruce Arians confirmed today that Shipley’s career is over due to a neck injury and he will consider a career in coaching.

Shipley signed on with the Buccaneers at the start of the regular season.

In 2020, Shipley appeared in five games for the Buccaneers, making two starts for them cat center.