According to Mike Garafolo, the Buccaneers are signing veteran WR Cole Beasley to the practice squad. 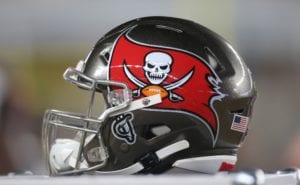 Garafolo adds Beasley could quickly work his way to the active roster as a reliable slot target for Tom Brady. Tampa Bay has been banged up significantly at wide receiver early this season.

Beasley has had interest from multiple teams but this was apparently the right opportunity he was waiting for.