According to Greg Auman, the Buccaneers are signing WR Vyncint Smith to a futures contract on Wednesday. 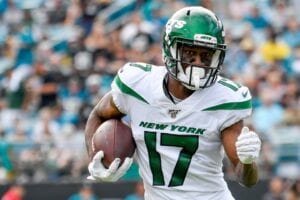 Smith, 25, signed with the Texans as an undrafted free agent in 2018 out of Limestone College. He was able to make Houston’s final roster as a rookie before being waived coming out of the preseason in 2019 and later joining the practice squad.

In 2021, Smith appeared in two games but only had one target and no receptions.