The Tampa Bay Buccaneers are bringing in three free agents for tryouts this week, according to Albert Breer. 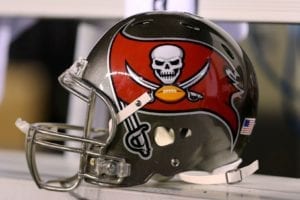 Larsen, 33, is a former sixth-round pick of the Patriots back in 2010. However, he lasted just a few months in New England before he was waived and later claimed by the Buccaneers.

Larsen had brief stints with the Bears and Cardinals before signing a three-year, $5.65 million contract with the Dolphins that included $1.75 million guaranteed back in 2017. Unfortunately, the Dolphins eventually elected to release Larsen.

The Buccaneers expressed interest in him shortly after he was cut but didn’t sign him to a contract. Larsen then signed a one-year deal with the Bears, marking his second stint with the team.

In 2019, Larsen appeared in 12 games for the Bears at guard, making two starts.