According to Aaron Wilson, the Tampa Bay Buccaneers hosted five players for a workout on Tuesday. 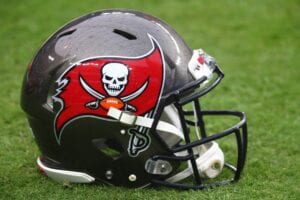 Williams, 24, went going undrafted out of Albany back in 2020. He signed a rookie contract with the Cardinals but was waived at the start of training camp.

Williams later signed on with the Giants and was later added to their practice squad. New York brought him back on a futures contract for the 2021 season, only to waive him with an injury designation during camp.

He was waived from with a settlement in August but returned to the practice squad in September and eventually was promoted to the active roster. New York re-signed him as an exclusive rights free agent back in March but waived him with an injury designation in August.

In 2021, Williams appeared in six games for the Giants and recorded 17 total tackles and one pass deflection.