According to Rick Stroud, the Buccaneers are likely to place LB Lavonte David on the injured reserve after sustaining a foot injury in Week 15 and he will miss the rest of the regular season. 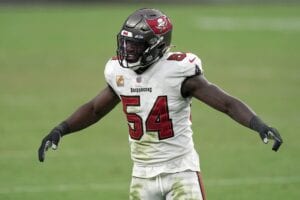 Stroud adds that Tampa Bay is hopeful that David will be able to return in the playoffs.