According to James Palmer, the Cardinals are activating DL Leki Fotu from injured reserve and promoted TE Seth DeValve and RB D.J. Foster from their practice squad to the active roster. 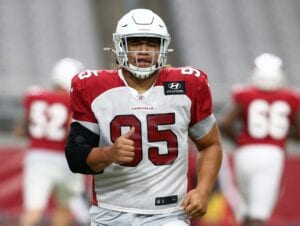