The Arizona Cardinals brought in DB Chris Banjo for a visit on Wednesday, per the NFL transactions wire. 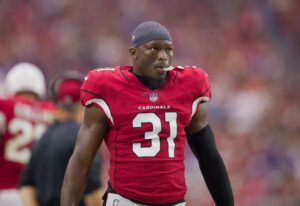 Banjo, 32, originally signed on with the Jaguars as an undrafted free agent out of SMU back in 2013. He lasted just a few months with Jacksonville before he was cut and later signed by the Packers.

Unfortunately, the Saints released him in 2019 and Banjo later caught on with the Cardinals. Arizona brought him back on a new contract before adding him to their practice squad. He bounced on and off the Cardinals’ practice squad last season.

In 2021, Banjo appeared in 16 games and recorded five total tackles.